Many of the reviewers of My Memories of a Future Life say in effect that the book is sort about reincarnation but not really. As the author, what was your intent in using the concept of reincarnation?

I’ve always been fascinated by the mythos of reincarnation. What a thrilling idea – that a person’s talents, loves or inexplicable injuries might be echoes from a previous life. Even better, they might start remembering it, with the right trigger. Romantic though that is, I don’t believe it. But that doesn’t diminish my sense of wonder – either about the stories themselves or the power they have for people. The world we live in is bewildering and amazing, and so are we.

So in this book I was interested in the idea of reincarnation as a human need. It seems to challenge so much about the way we live. The shadows driving our lives, the theories we are comforted by, the people who can make us believe one thing and not another. Pretty soon I thought, instead of a character going to a past life, what if she went to the future?

Another key influence was the British playwright Peter Shaffer, whose work I encountered when I was an impressionable 16-year-old. In his plays Equus, Amadeus and The Royal Hunt of the Sun he examined how we create gods and divine experiences. Sometimes those beliefs or belief objects are comforting. Sometimes they are liberating and celebratory; sometimes they are a prison. And of course they are terribly open to abuse by others. I discussed my three favourite Peter Shaffer characters in an interview with For Books’ Sake here.

Is the main character, Carol Lear, intended as a sort of everywoman?

What an interesting question. As a novelist I start with specific characters who have problems that will become the most profound challenges of their lives. On one level, Carol is hardly an everywoman because her life has been unusual – she is a concert pianist. But the impulse that started her on that path, and ultimately gets her into trouble, is certainly universal – she wants a place to belong and to feel loved. The reason she interested me is because she is enacting something that many of us are struggling with.

Carol herself started with the crucial question – who would explore a future life? Why?

She does it as a reaction to despair. When a mysterious injury stops her playing, she believes her life is over. Not just her career, her whole identity. She goes to a hypnotist who offers to help by enabling her to experience other incarnations and she ends up seeing herself in a future lifetime. At first she shrugs it off as nonsense – albeit beguiling nonsense – but she soon feels drawn to explore further, especially as her future self is carrying oblique scars from her life now. These scars ultimately go to the core of what is trapping her.

I hope Carol will touch a chord in everyone who has something they cannot imagine living without. I know you didn’t mean the word everywoman as a gender statement, but I aim for her to be an everyman as well…

The interviewer, Jon P Bloch, is an Amazon top reviewer. 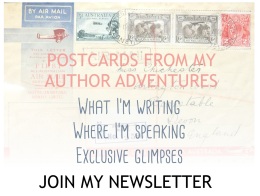 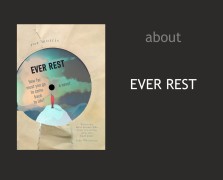 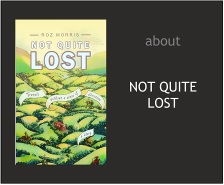 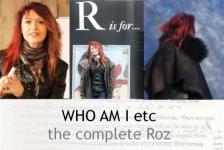